When Josh told me he wanted to make Oobleck I thought he made up a weird word for something…then he taught me what Oobleck is and it is pretty cool! 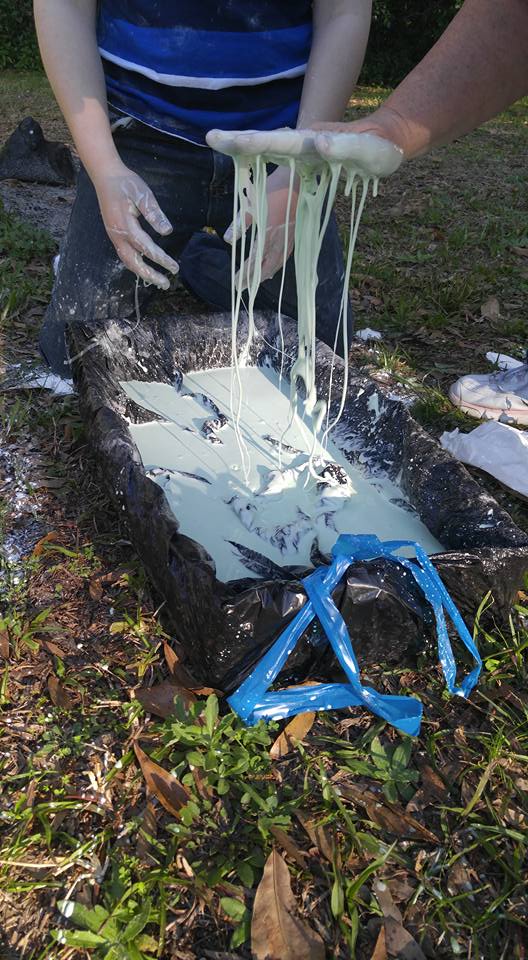 Applying pressure to the Obbleck increases its viscosity (thickness). A quick tap on the surface of Oobleck will make it feel hard, because it forces the cornstarch particles together. But dip your hand slowly into the mix and your fingers slide in as easily as through water. Moving slowly gives the cornstarch particles time to move out of the way. 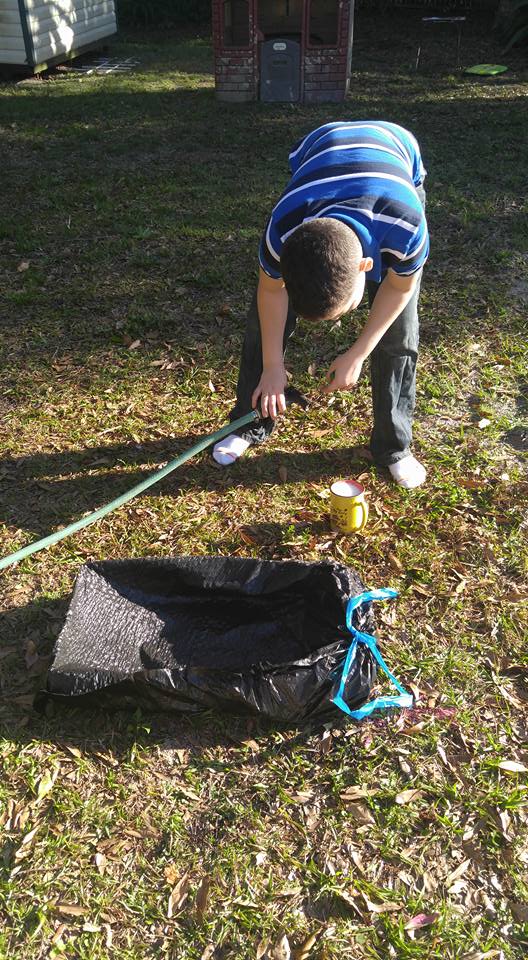 As unschooling parents we make everything a learning opportunity, so I made Josh do the research on Goolge to figure out what the ratio is for Oobleck and do the math to figure out how much water we should put in our box to accommodate for the amount of cornstarch we bought. He figured that out very quickly by recognizing that the boxes were 16 ounces which equals two cups. The ratio for Oobleck is 1.5-2 parts cornstarch to 1 part water. He decided we would start with 1 part water to 1.5 part cornstarch because you can always add water but you can’t take it away! Then he decided we would start with only 5 cups of water and 5 boxes (10 cups) of cornstarch….Kid is smart what can I say! 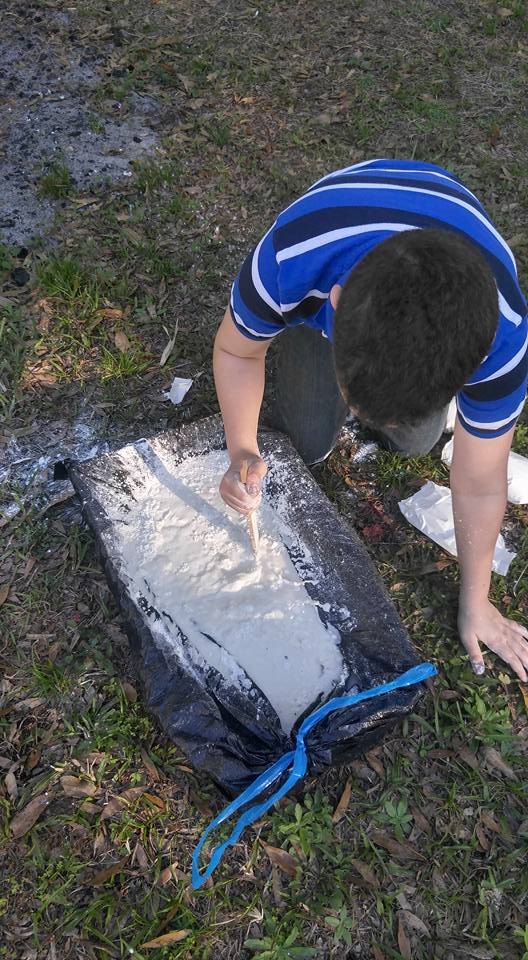 We added in the cornstarch slowly while we mixed. This was a pretty simple process and it turned out cool! It may not look like walking on water in the pictures but it certainly made the kids feel like they were walking on water. The trick is to go across quickly and you really do walk on the top of the Oobleck and none of the goop gets on your feet! 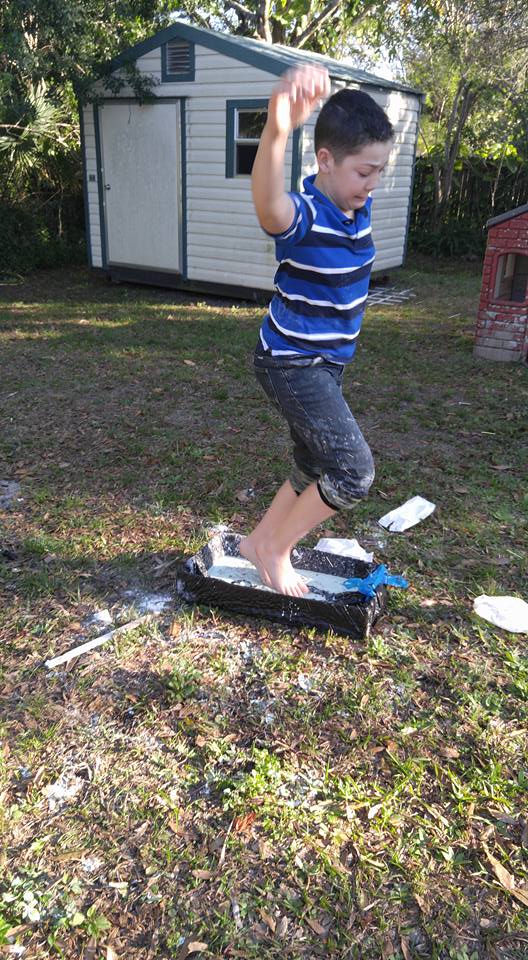 But, stand still in it and you sink! Then when you walk out you have it all over your feet. It was a great opener for talking about quick sand! 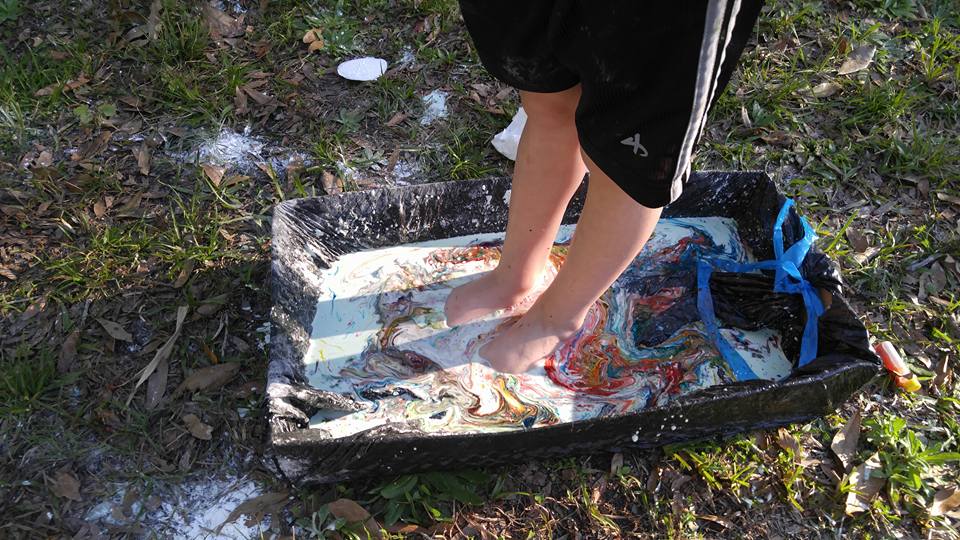 Then of course they had to make it tie dye by adding all sorts of food coloring! This was a mess and it triggered some stress from me about them not getting it on their clothes. But, we got through it and it really was a lot of fun! Another cool thing Josh did was pick some of it up and roll it fast which makes the cornstarch stay together and it is like a solid ball. Then when he stopped rolling he could watch it melt in his hand! 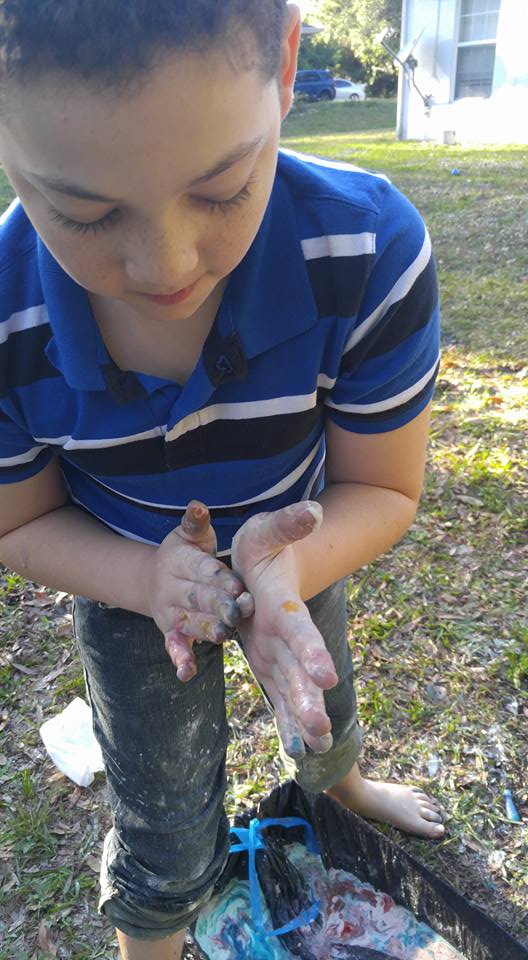 Ingredients:
Instructions:
Put the amount of water you want to use into a container. Add cornstarch 1 box at a time while mixing it in until you achieve the proper consistency.